This year London pride is taking place from the 24th June to the 9th July, the annual LGBT event culminates with the London Pride parade on the 8th July as thousands march from the BBC’s Broadcasting House to Whitehall.

There’s many more events over the 2 weeks leading up to the parade including: 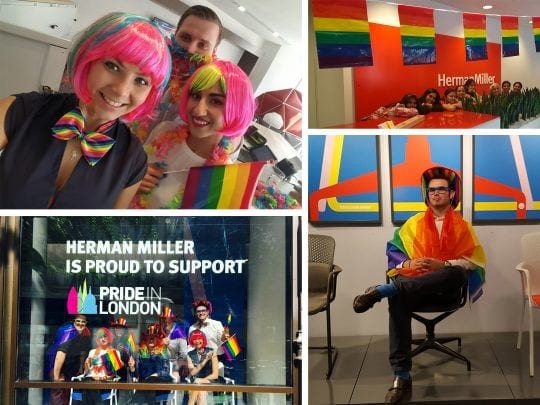 And if that wasn’t enough as an official sponsor of London Pride the Herman Miller LGBT team are having a Summer Fête and “Great British Make Off” final on the Thursday 29th June from 6pm to 9.30pm at the Herman Miller showroom.

Join us on Thursday 29th June from 6pm to 9.30pm at the Herman Miller showroom to celebrate Pride in London and see the winning baker crowned. With Giant Jenga, Karaoke, ping-pong, skittles and much, much more it is sure to be a celebration not to be missed. Not to mention the judging of the Make Off across the 3 categories CAKES, JAM & MARMALADE and COCKTAIL CREATIONS….

As Marie-Antoinette would say, ‘let them eat cake’!