In just under a week our Scotland team are taking part in the world’s largest sleepout, Sleep in the Park, braving the freezing cold Princes Street Gardens in Edinburgh alongside Bob Geldof (and 8,994 other courageous individuals!) The event, run by Social Bite and organised by its co-founder Josh Littlejohn MBE takes place from 5pm – 6.30am with no tents or shelters, just a sleeping bag under the stars, no mean feat with temperatures expected to drop below 0°C.

The night will include:

Josh Littlejohn, MBE and organiser of the event, said: “By taking part in Sleep in the Park, you will be joining a movement to end homelessness in Scotland for good.

“We believe by working together, homelessness could be eradicated in Scotland within five years.

“We are planning to work closely with The Scottish government and other charities throughout the sector to create a five-year action plan which will provide housing, rehabilitation, job opportunities and the support that homeless people need to get back on their feet.

“We want to make Scotland an example for the whole world to follow. We’re a small country; a nation of innovators.

“The statistics of homelessness in Scotland are not insurmountable – we only need to help 11,000 people back to their feet. Together we can do that. So, whether as a business, a family or an individual – join our sleepout.” 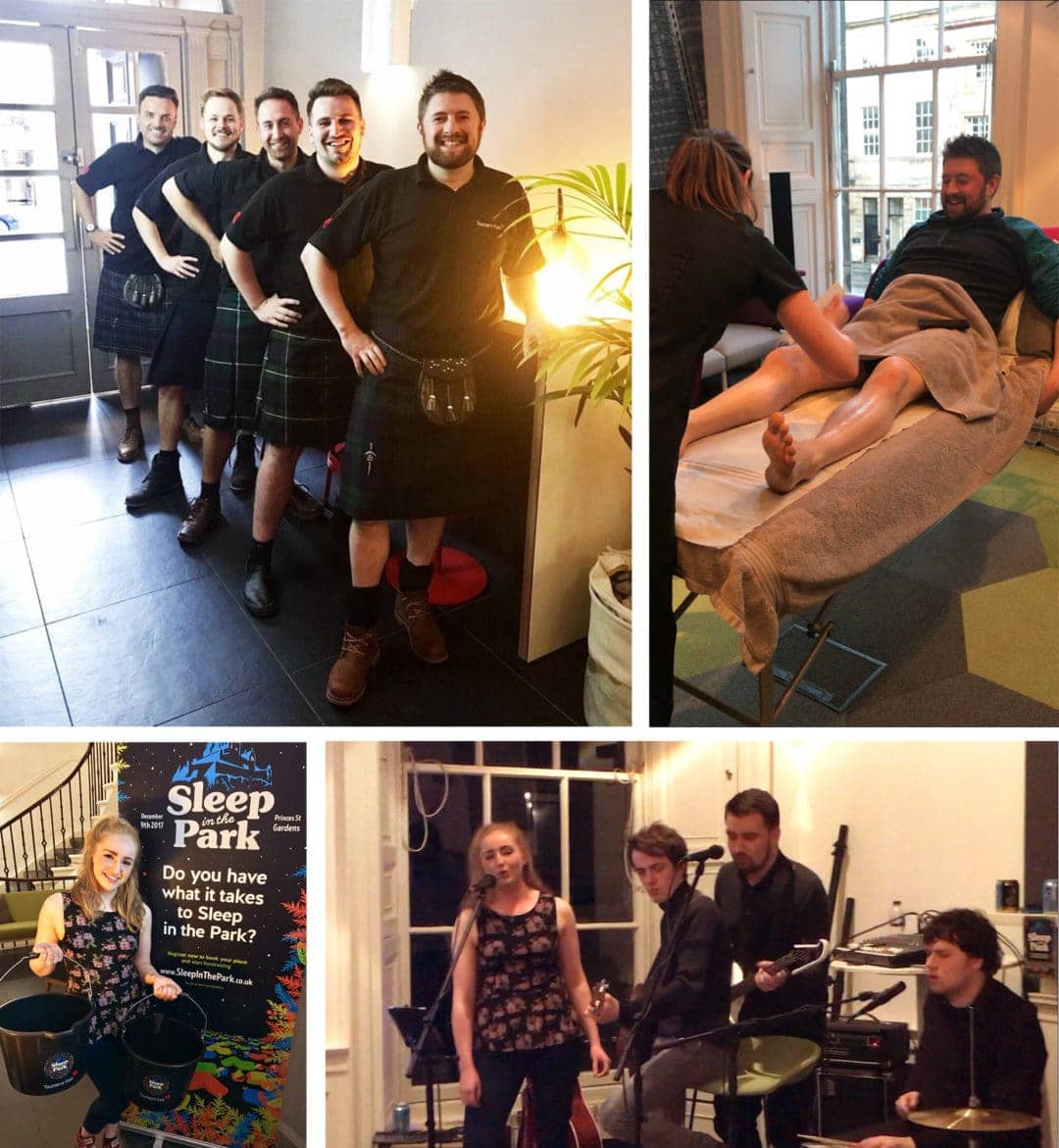 At Tsunami Axis we’ve been busy fundraising for this brilliant event since September with events including leg waxing, gigs and swear jars as well as generous donations from family, friends, suppliers and colleagues.

We’ve raised an amazing £3,331.15 so far and still counting, if you’d still like to donate to this fantastic cause click here.