With a whole new generation of tech natives entering into the workforce, affecting the workplace from recruitment and management through to workplace design, we decided to look into what exactly a centennial is. To give a real idea of the generation we Interviewed Chloe*, an ambitious 20 year old who recently joined one of London’s leading media agencies based in the city centre.

For those of you scratching you heads wondering what exactly a centennial is, this is the generation born after millennials. Sometimes known at Generation Z or iGen they were born between 1997 and 2010. With the first batch about to turn 21, centennial graduates will be entering the job market this year. 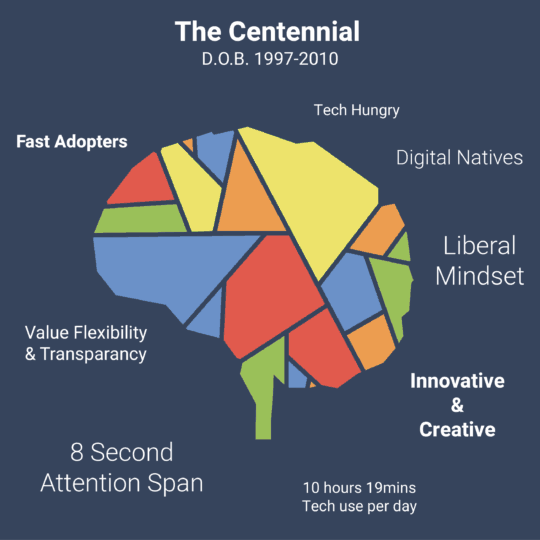 According to a new study published by the Futures Company this group of young tech natives have grown up in the digital age with access to multiple electronic devices since before they could walk or even speak. With a high level of reliance on technology they are likely to chase tech-trends and are used to adopting new devices and software at a rate that would literally leave generations before them in the dust. This also means that their working environment needs to keep up with their digital expectations. While new hardware, software ans systems can seem like a daunting investment they have been shown to lead to major efficiencies in an organisation and without it you risk being passed up by the best and brightest young job hunters.

Centennials are far more likely to have a liberal mindset and tend to value flexibility and transparency in their colleagues and managers This group has grown up in an education system that encouraged questioning pretty much everything, so in order to fully understand an instruction and commit to a task they will often need to know why. Bear in mind ‘because it’s always been done like that’ won’t necessarily be a good enough answer. According to Forbes If they can see a better way or doing things they’ll probably go ahead and do it.

To put all of this into perspective we talked to Chloe, one of the first batch of centennials to join the workplace. She’s not even 21 and has worked at a leading London Media agency for just shy of a year. A textbook definition of a centennial, she values honesty from her management and said that flexitime was a brilliant way of showing their trust in her and her colleagues. 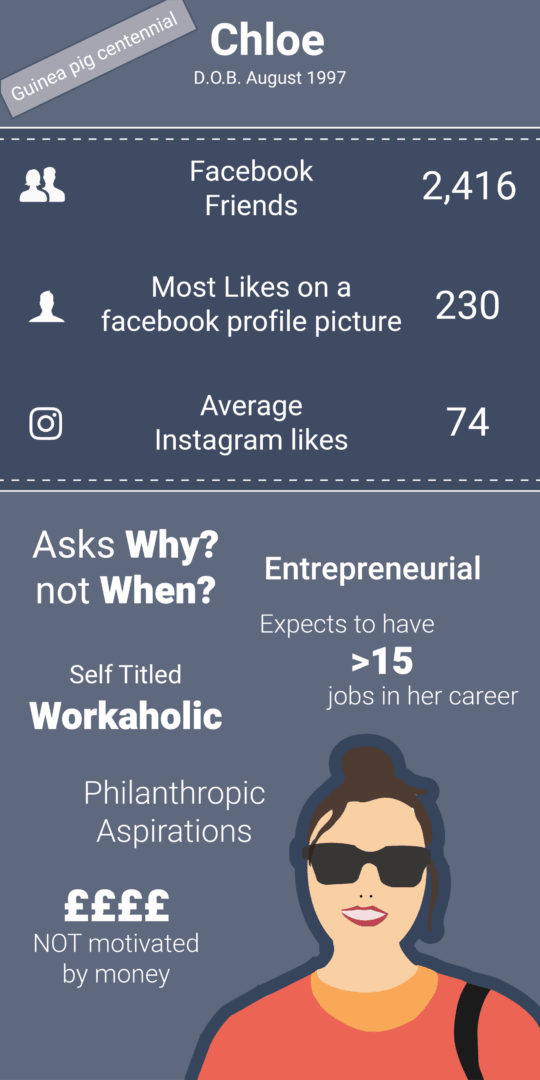 Despite checking her social media up to 5 times in a working day Chloe is a self-titled workaholic and doesn’t think her smart phone impacts productivity. In fact, she argued that it helps her with her day to day tasks and keeps her up to date with valuable information. Her colleagues and management apparently also see the benefits and do not discourage it.

She’s also very ambitious and wants to one day run her own successful business. Does this mean she wants to carve out a career for herself at her current company? No. To develop her skillset Chloe expects to work at over 15 companies learning the ropes at multiple organisations across multiple disciplines before setting her world domination plans into action. However (perhaps in response to the employee retention nightmare she’d just illustrated) she noted that further training and development plans made her want to stay in a job for longer with her main incentive to stay with a company being personal development.

Getting the most out of centennials as a manager could get complicated very quickly which is why we’ve boiled it down to 5 pieces of critical advice: 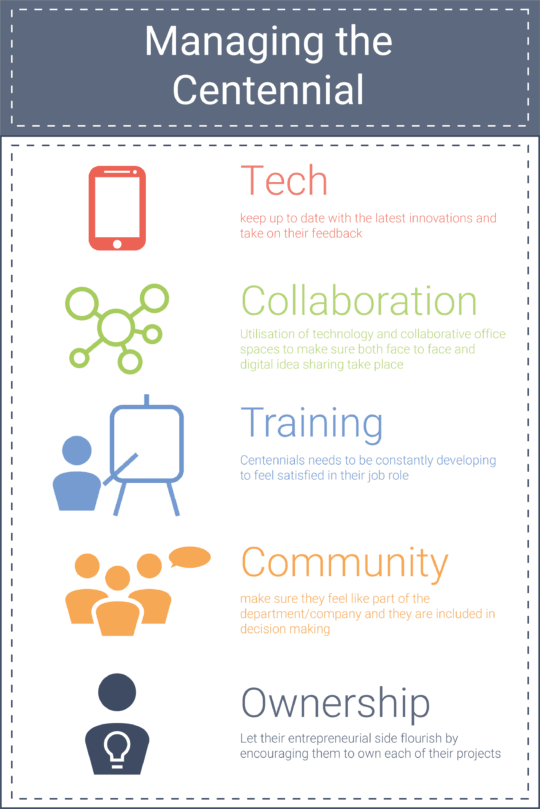 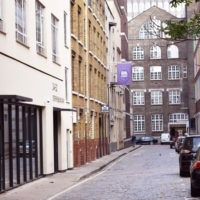 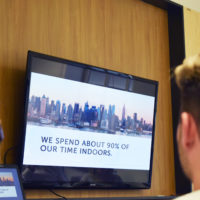 What’s ‘Hangry’? And how can The WELL Building Standard combat it in the workplace? 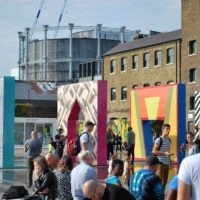